What’s better than a cocktail? A cocktail cupcake…”Old Fashioned” Cupcakes 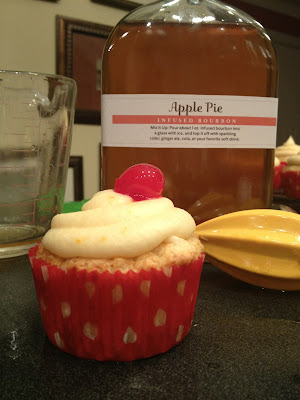 So it has officially been crazy busy. This past weekend I moved in to the city finally! It took me all weekend, between painting, scrubbing and making sure everything was out of the old house…to say the least I am exhausted. Monday at work definitely wasn’t the most fun Monday, but then again we all have those. Can I just say it is amazing how much crap one can accumulate in 4+ years of living in one house, and the house I was living in was small. But I feel like I am moving on to another stage in life, another adventure and I am super pumped for it!

Before the big move, and the only reason I hadn’t moved all of my baking supplies into me new house, was because i had the honor of making the cupcakes for a James and Melissa’s engagement party, which was also a stock the bar party. Well what better cupcakes to serve at a stock the bar party than cocktail inspired cupcakes. I have to admit though that the idea for this cupcake came from the original Lauren in my office. I just knew I wanted to make a bourbon based cupcake, because a) I already had bourbon and didn’t want to have to move anymore alcohol and b) my contribution to the bar was going to be apple pie bourbon.

Well I was a little skeptical when I pulled the cupcakes out of the oven, but these flavors totally worked. The bourbon cupcake went really well with orange buttercream, and the marchsino cherry really makes this cupcake an Old Fashioned cupcake. In all seriousness though, I ate a half cupcake plain, and then tried another one with the frosting and cherry, and the flavors just round each other out, and give the overall affect of the cocktail that inspired it. So, if you 1) Like bourbon and cupcakes or 2) are down for any kind of boozey cake, give these a try and Enjoy! 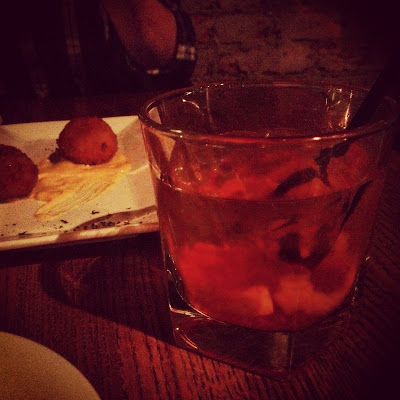 An old fashioned was needed over the weekend after these cupcakes and to celebrate 8 years with my fiance. 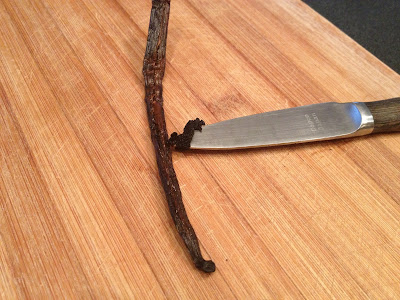 Vanilla bean, split and scraped of its seeds 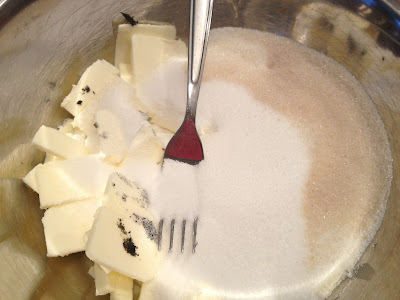 Soo I kind of missed the middle making the cupcakes with the pictures. Oops 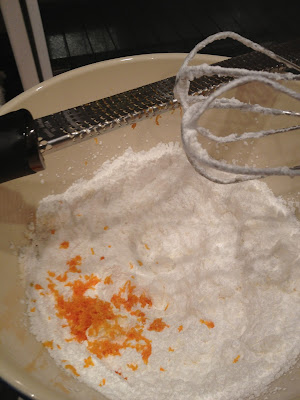 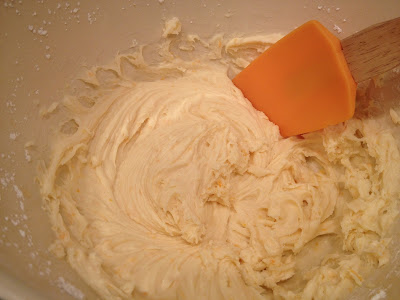 The frosting tastes almost like a dreamsicle an ties this old fashioned cupcake together. 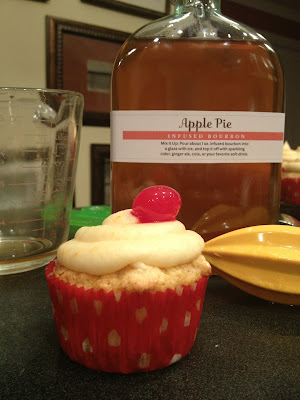 1/2 vanilla bean split and scraped or its seeds

Plus 12 maraschino cherries drained of their juice

1. Preheat the oven to 350ºF. Line a muffin pan with 12 liners and spray with non-stick cooking spray.

2. In a medium bowl, sift together the flour, baking powder, baking soda, salt, and nutmeg. Set aside.

3. Combine the sugar, butter, and vanilla bean seeds in the bowl of a stand mixer. Beat on medium speed for 10 minutes, until very light and fluffy, scraping down the sides of the bowl periodically as needed. (or cream together with a fork.)

4. Reduce the speed to medium low and add the eggs and egg yolk, one at a time, mixing thoroughly after each addition. (or using a whisk.)

5. Add the flour mixture, one cup at a time, alternating with buttermilk, mixing on low speed until incorporated. Immediately add the bourbon and mix until combined. Divide the batter among the cupcake liners and bake for 18-20 minutes or until toothpick tester comes out clean. Remove from the oven and let cool in the pans 3-5 minutes and then move to cooling rack.

6. While cupcakes are cooling prepare the frosting. In a large mixing bowl, using an electric mixer, cream the butter. Then add in one cup of powdered sugar at a time, plus the orange zest, vanilla extract and orange juice. If the frosting seems dry, add 1 teaspoon of orange juice until desired consistency is reached. Frost the cooled cupcakes, top with a maraschino cherry and Enjoy!

One response on “What’s better than a cocktail? A cocktail cupcake…”Old Fashioned” Cupcakes”