Falling in Love (Again) with Barbeque

I have a childhood memory: I’m young, no more than 5-6 years old, and in this memory, I stand on tiptoe to order lunch from an enormous man holding a gigantic knife. He chops off a couple of slices of brisket, slaps a few paper -thin pickles on top, cradles the sandwich in a white bun and slides it on a tray down the counter. I ask the next big man if I can kindly have my Coke in one of the frosted beer mugs. I am obliged. This is Angelo’s Bar-B-Que and I am one happy little girl. 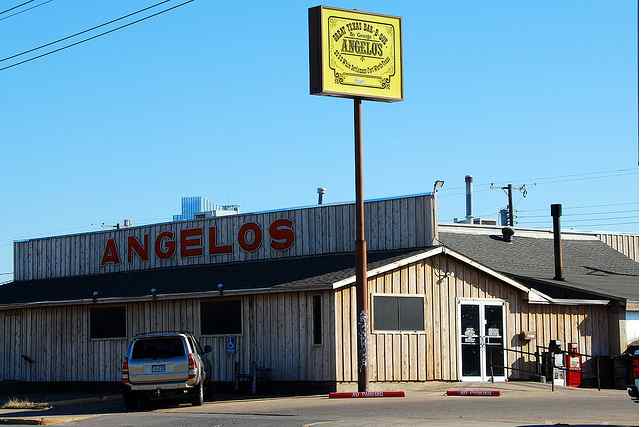 Barbeque is in my blood and Angelo’s was our family favorite. I loved more than the brisket and the very, very cold Coke. It was highly entertaining to kick the sawdust around on the floor in my keds and reach high to touch the claws on the stuffed bear who, to this day, remains on guard by the front door.

But it is also the heritage cuisine of my hometown, Fort Worth, whose location on the Chisholm Trail became a crucial stop for massive herds of Longhorn cattle on their way to the railheads in Kansas in the mid-to-late 1800’s. Business developed to supply the cowboys and the Texas and Pacific Railway later began to ship cattle directly from the growing town. Great numbers of pens were built to accommodate the cattle, the first Fat Stock Show was held in 1886, an indoor rodeo followed and Fort Worth became forever known as “Cowtown.”

The newly-named barbecue editor of Texas Monthly Magazine lists 27 barbecue restaurant reviews from Fort Worth spots on the magazine’s website. It is a city-wide addiction in a state devoted to the cuisine.

It is with this culinary upbringing that I approach each new barbeque experience. During college in Austin, there were plenty of great hill country cafes to visit, but while I have lived in the Northeast I have more often been disappointed. Admittedly, I am picky about my barbeque and my husband knows better than to invite friends over for a “barbeque” instead of a “cookout,” as I bristle at the misnomer.

Two years ago, he brought me down to Saint Simons Island, Georgia, for a vacation. One of my very first impressions was of a familiar smoky aroma coming from Southern Soul Barbeque, a roadhouse cafe we passed on a roundabout. Going inside I ordered a sliced beef brisket sandwich, with pickles, on white bread. We sat on the picnic tables outside and drank very cold beer. I was one happy woman.

There are numerous reasons why my family now considers SSI as our home away from home: the beauty of the marsh and coastal area, the friendliness of the people, the golf (my husband’s list,) trees dripping with Spanish moss and flowers blooming in January when our house in New York is covered in snow. But somewhere hovering near the top of these many virtues is authentic barbeque. Thank you, Southern Soul, for helping me feel at home. 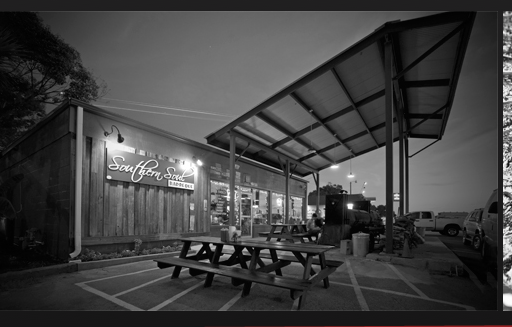 MaryDell Harrington is the co-founder, with Lisa Endlich Heffernan, of Grown and Flown, a blog exploring the entire arc of parenting, especially the high school and college years.

2 responses on “Falling in Love (Again) with Barbeque”